The race hustlers are very clever in the way they abuse sociological categories in order to deceive the public with statistics.

For example, in statistics on the intersection of race and poverty, you will be given rates among demographics that show a larger number for blacks than whites. What this conceals is that there are nearly 18 million poor whites in the United States compared to around 9 million poor blacks. That means that there are roughly twice as many poor whites than there are poor blacks in America.

You didn’t have that impression, though, did you? The way the numbers are presented disappear poor whites. In doing so, it hides class effects behind racial categories. Don’t think there is a strategy there?

There is another deception happening in these statistics. When you see tables of the intersection of race and poverty, say by the Kaiser Family Foundation (which I am using here, but I could use any batch), the tables mix race and ethnicity. They list “white,” “black,” and “Hispanic.” But Hispanic isn’t a race. It’s an ethnicity. Most Hispanics are white. In fact, more than 65 percent of Hispanics are white (why are they reracializing whites?).

So in calculating the number of poor whites you have to add 38-plus million Hispanics, a massive number of individuals Kaiser excludes from “white” column. When you add them back in, you find that now nearly 30 million whites are poor. Even if you assume the remaining Hispanics are racially black, that means there are roughly three times more poor white people than poor blacks. 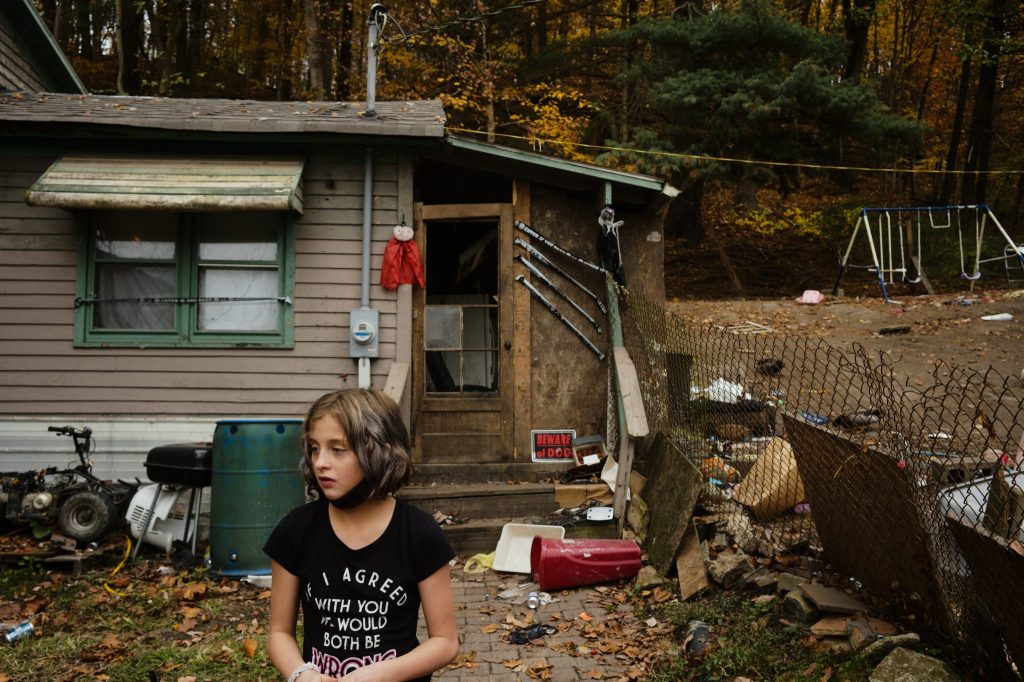 What’s this bullshit about “white privilege”? Do you see how they are dividing us? The reality is that poverty is the result of economic inequality and that is mostly a class issue. If we eliminated poverty for everybody, guess what happens? There are no more poor blacks. But you aren’t supposed to think about that. You’re supposed to get mad at me for “denying black poverty” (which I obviously haven’t done).

These diversity, equity, and inclusivity seminars, tasks forces, workshops—have you noticed they are about everything except social class? Critical race theory and all the other critical theories they’re laying on the children in our schools—are they teaching the kids about class and corporate power? Brothers and sisters, mothers and fathers, don’t let them do you like this!

Bonus lie from the powers-that-be: Remember when NPR reported on June 1, 2020, “Peaceful Protesters Tear-Gassed To Clear Way For Trump Church Photo-Op”? Trump was accused of brutalizing protestors in Lafayette Park for a photo op at a Saint John’s Church. That’s the church BLM protestors burned the night before. Turns out, Trump had nothing to do with it.

The Park Police cleared the park hours earlier in order to erect unscalable fencing in order to protect buildings from Antifa and BLM rioters who were on a rampage burning cars and structures and assaulting police officers. The media not only lied about the situation, but they came on talking about how Trump used teargas to soothe his bruised ego after cowering in the White House underground bunker during a night of “peaceful protests.” Funny way of spinning the fact that the President and his family had to be rushed to a bunker because BLM protestors had surrounded the White House and were threatening to break in and assume power. If only we had a name for that sort of thing… 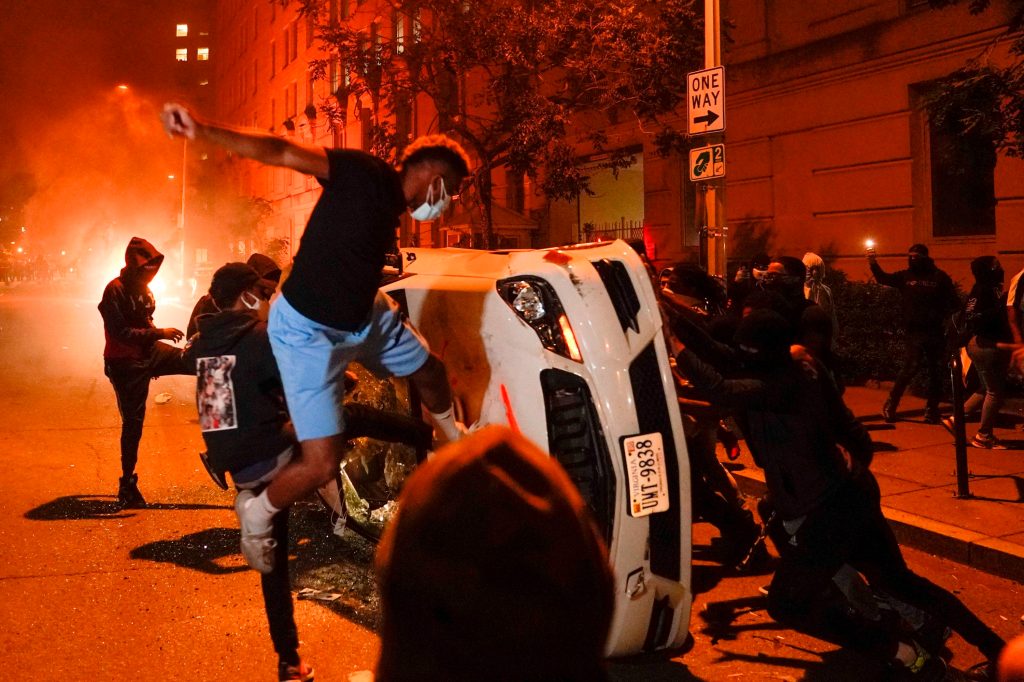 Demonstrators, Sunday, May 31, 2020, near the White House in Washington

The Inspector General report is out about this and, predictably, it finds this: “The evidence we reviewed showed that the USPP cleared the park to allow a contractor to safely install antiscale fencing in response to destruction of Federal property and injury to officers that occurred on May 30 and May 31. Moreover, the evidence established that relevant USPP officials had made those decisions and had begun implementing the operational plan several hours before they knew of a potential Presidential visit to the park, which occurred later that day.”

What is NPR (and CNN) doing now that the lie has been exposed? They’re lying more, of course, saying the report doesn’t clear the President. But it does. Read it for yourself. Corporate media is telling you that what you see and hear and read is not really what you see and hear and read. They will tell you what to think. Brothers and sisters, mothers and fathers, don’t let them do you like this!

Andrew Austin is on the faculty of Democracy and Justice Studies and Sociology at the University of Wisconsin—Green Bay. He has published numerous articles, essays, and reviews in books, encyclopedia, journals, and newspapers. View all posts by Andrew Austin

This site uses Akismet to reduce spam. Learn how your comment data is processed.